Are you thinking about moving overseas?

Are you looking for adventure, and a completely different way of living?

Did you visit a country, loved it immediately and felt as if this was the place you should be living yourself?


Did your place of employment offer you a job overseas?

Are you bored with your current life, not too happy in the country you now live in and think you would be happier living elsewhere?

If any of these situations, or any other, are making you want to live in a different country, here are just a few reasons why moving overseas could be the best decision you ever make.

After all, I am someone who is currently living in my fourth country and, let me just say, I made the right decision when I moved to all of them.

You will open up your horizons

If you feel as though you are stagnating where you currently live, moving to a different country is definitely a way to completely change your life.

When you do, you will learn all about a new culture, in many cases will be living around people that speak a different language, will be able to visit interesting and often exotic places and will have a life far different than your current one.

Of course, moving overseas can be frustrating, annoying and sometimes stressful as you learn to adapt to a new country and a new culture.

It is a wonderful opportunity to challenge yourself though. Especially when you manage to successfully deal with a country’s immigration department or navigate your child’s entry into a new school system.

Once you have handled things like this, you will feel as though you can do anything.

You will learn all about a new culture

Even if you live in America or New Zealand, and decide to move to an English-speaking country like Canada or Australia, the culture you move to will still be markedly different than your own.

Way back in 1982, my parents and I moved from the United Kingdom to the United States — both English-speaking countries, but with cultures that were still extremely different.

Imagine then if you moved to Thailand from America, as I did back in 2002, or from Austria to Malaysia, as a friend of mine did several years later. The culture you will learn about will be even more exotic and interesting than the one you are currently living in.

Learning about a new culture allows you to see how other people live. How the way they do even the most simple things is often much different than the way you were taught. It allows you to learn about the history of a different culture, the traditions they follow and the national holidays that are important to them.

You will question your beliefs

Just because you were taught to do something one way, it does not mean it was a better way than another person in another country was taught.

In fact, once you move overseas, you will begin to question your beliefs quite quickly.

You will also learn about different religions and are likely to realize every religion is just as relevant and important as your own.

You and your children will become better educated

People that move overseas tend to be much better educated than most of those that do not. This happens to their children as well.

Much of this is because you are not only learning about new cultures, but you are actually visiting the places you only learn about in classrooms back home.

You are also meeting fascinating people who have also been to places and experienced things that you have not (yet!).

You may even realize the education system in your new country is even better than in your own.

You will learn a new language

If you decide moving overseas to a country with a different language than your own sounds like fun, you will likely learn at least one new language as well.

Of course, that does depend on where you move to and what the locals are like.

For instance, I can speak much more Thai after 14 years of living in Thailand than I can German from my four years in Austria.

This is because, while most Thais do not speak much English, most Austrians do. And, when I have a conversation in Vienna, people there already speak German so they want to practice their English with me!

Learning a new language is such an amazing way to help you learn about a country, a culture and its people, it is one of the joys of deciding to move abroad.

You will realize travel is far more important than material possessions

So many of us nowadays get stuck in a cycle of buying more and more things. Things we do not need, often cannot afford and, at the end of the day, are not really important.

Once you decide moving overseas is something you are interested in, however, once you get there you will realize quickly that travel and learning about new cultures is far more important than material possessions.

In fact, not six months after I had moved to Thailand, and I was spending 60% of my salary traveling every month while living in a small three-room apartment in Bangkok.

Let’s face it, when it’s a quick plane hop to Singapore, Malaysia, Vietnam, Cambodia, Laos or Myanmar, and you can take a quick weekend trip there, why would you want to waste your money on a new skirt or the latest iPhone?

You will improve your social skills

Even if you have exceptional social skills already, you will still find moving overseas can definitely challenge them.

I moved from Thailand to Austria a few years ago and, while you would think a country that is quite ‘exotic’ like Thailand would be far more difficult to adapt to when it comes to social skills, I have found Austria to often be much more frustrating.

Making new friends and adapting your social skills to that country’s norms can be challenging, but also a lot of fun.

Don’t forget as well, there will be many expats living in just about any country you choose to live in that are the same nationality as you. That means there will always be people that will be willing to help you settle in.

You will become a more interesting person

After living in four countries myself, and currently considering moving to another one (Spain), I have met tens of thousands of people over the last 35 years that have lived and traveled all over the world. Just like me.

And, without pretty much any exception, most of them have been far more interesting people than many of those I know from back home.

After all, when you have done a three-day elephant trek in the Thai jungle, traveled on a train from Vietnam to Singapore, spent a month hiking part of the Appalachian Trail, or taught at a local school in Brazil, your experiences are just going to be far more broad than someone who has not.

Your life will never be the same again

I moved to Thailand from the United States after an opportunity came up to teach English in Bangkok. I initially went for a year. 14 years later, I was still living there.

For me, and for many others I met along the way, once I moved to Thailand and began to experience new things, I became a completely different person than I was when I got there. A person who just would not have fitted back into the lifestyle I had when I used to live in Los Angeles.

A person whose life in Bangkok was not the same as it was in Los Angeles, and a person who didn’t really want it to be ever again.

Think about moving overseas and think about your life now.

If  you are ecstatically happy with your life the way it is, then moving abroad is probably not the right decision for you.

If you feel as though you are missing something with the life you have now, though, and you love to travel, meet new people and experience new things, then moving overseas could be the missing piece you have always longed for.

If so, keep coming back to Moving Overseas, as we will have an absolute slew of cool, fun, interesting and informative information for you to check out in coming weeks and months.

Information that just may help you on your journey to another life.

Meanwhile, if you want a few more reasons why moving abroad could be the best thing for you, this TEDx talk from Jessica Erickson, the Founder of Geekettes, is an interesting watch. 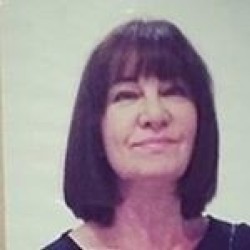 How to prepare for a move abroad during the coronavirus pandemic

Moving Overseas will help you plan every aspect of moving abroad then, once you get there, help you settle down in your new life.

You may have missed

7 reasons why Taiwan is an amazing country to move to — the people, the food, the health care and more

How to make Japanese Omurice quickly, easily and with just 5 ingredients

How much money will you need to move to Bangkok, Thailand as a single person?

Do you need a tourist visa to visit Japan for a short-term stay? How do you apply if you do?

How much is the cost of living for a foreign student in Japan?